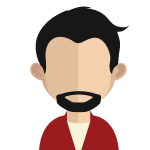 It's often recommended that trees are pruned in late winter, which may seem like odd timing since that's when trees are dormant. There are still many good reasons to choose this season for pruning. Read on to learn more.

Sap flows most readily in the early spring, just as new growth is bursting forth on the tree. In late winter, the tree still lies mainly dormant so there will be less sap produced from pruning cuts. The problem with sap flowing from a pruning wound is that it can attract pests to the tree, as they are drawn to the sap to feed. Fungi may also grow on a sappy wound, which can lead to major health problems for the tree.

A tree puts on most of its new growth during that first flush of active leaving out and flowering in spring. This growth extends beyond just the leaves, as well. Trees also gain height and trunk diameter during this early spring period, and wounds are quickly sealed closed or grown over. Pruning cuts made in mid- to late-summer may take up to a year to heal completely, while those made in late winter will seal up as soon as the spring growth period begins.

Pests are active in the warmer seasons when a tree is no longer dormant. By pruning in the dormant season, there will be few active pests crawling around to attack the tree through the pruning wounds. Many pests don't begin to stir until several weeks into the spring growing season, typically after bud burst or during flowering. If you trim during dormancy, the wound will already have begun to seal by the time the pests are active.

Much like pests, most disease-causing organisms are also dormant during winter. This includes fungi, bacteria, and viral pathogens. Not only may these be dormant, the main vectors of these pathogens are insects that also dormant. Diseases tend to peak in early to mid-summer as temperatures rise and drought stress begins to weaken a tree. If you prune in late winter, the trimming wounds will be long healed before these issues are a concern.

For the fullest canopy and the best flowering, you don't want to prune at the wrong time. If you prune in late summer, for example, you may be cutting off all the buds for the following year because they can't be easily seen among the leaves. Prune in late winter and you can selectively trim out the weakest branches, leaving behind only those with a good growth form that are also filled with healthy buds.

Although you can do light pruning at any time if it is necessary, hold off on major tree trimming until winter so you can be assured that your tree will recover. Contact a tree trimming service for more help.